If you’ve been in Frisco for awhile, you are used to hearing about Frisco’s famed $5 Billion Mile. The 549-acre tract surrounding Dallas North Tollway (DNT) from Sam Rayburn Tollway/SH 121 to Main Street. In development for the last 4 years, Frisco’s $5 Billion Mile is one of the most robust development plans in the country and has sparked nationwide interest in this booming area.

But what’s happening lately with the $5 Billion Mile? Let’s catch up.

If you search Google now for ‘$5 Billion Mile’, you may notice many of the results that pop up don’t bear the familiar name. Now, you’ll see something called ‘The Frisco North Platinum Corridor’. In late April, the Frisco Economic Development Corporation spoke about the new branding as part of Frisco’s emphasis on development along the entire stretch of the Dallas North Tollway – up to U.S. 380 rather than stopping at Main Street.

So, what’s happening north of Main Street? Part of the emphasis on rebranding the $5 Billion Mile to Frisco North Platinum Corridor includes major developments happing up the DNT from Main St to Highway 380. 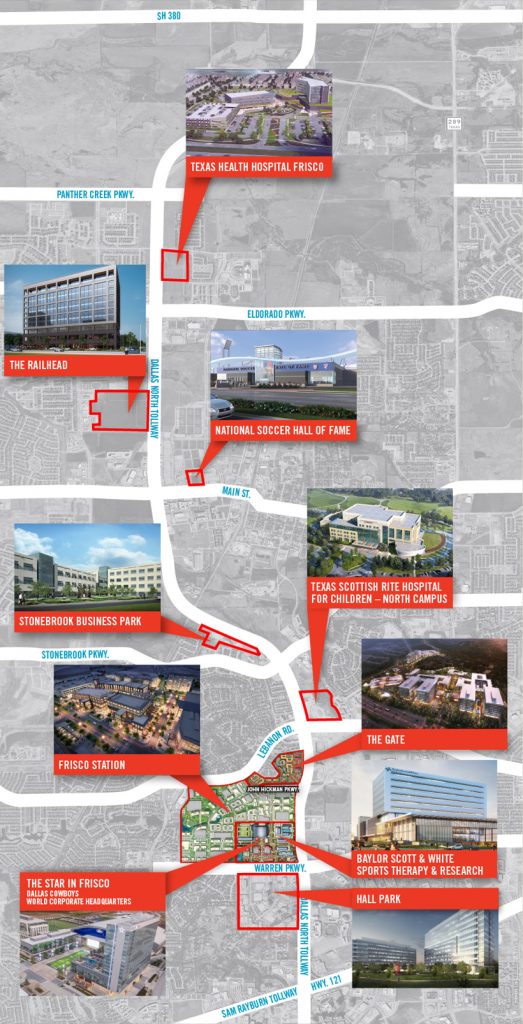 A 20-acre hospital and medical office complex. The $270 million development will include a 325k SF hospital, an 80-bed acute care facility, women’s services facility, and a neonatal ICU. The 8-story hospital is expected to open in 2019.

On the west side of DNT, The Railhead is a planned 80-acre, mixed-use development featuring a 10-story, Class-A office tower and a 200-apartment residential high-rise. The Railhead is a $1.5 Billion investment.

Updates on Original $5B Mile Projects

When the original $5B Mile term was coined, there were 4 primary projects making up the $5.4 Billion development. Here’s an update on those projects.

One of the larger development in the original mix, Wade Park was located on the southeast corner of Lebanon and Dallas North Tollway. Original plans for this 175-acre, $2 billion development called for 6 million SF of office space, 600,000 SF of walkable retail and restaurant space, high-rise luxury residential, plus premium anchors such as Whole Foods Market, iPic Theater, and Hotel ZaZa.

Since they started development of the site over a year ago, Wade Park has faced round after round of money trouble. Work on the project was halted last year while Atlanta-based Thomas Land & Development tried to work through the financial issues and obtain new funding. In February of 2018, two lenders began threatening a forced sale but postponed the foreclosure. Now, the lenders have set a new forced sale date and foreclosure could happen as early as late May or June. 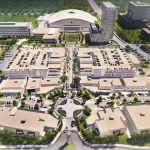 Photo by the Judi Wright Team

The 91-acre, mixed use development is home to Dallas Cowboys World Headquarters and is rocking right along with new office, retail, restaurants and hotel space opening daily it seems. The Ford Center at The Star in Frisco opened in late summer 2016 and is now the practice facility for the Dallas Cowboys as well as major concert and sporting events.

The new Omni Hotel opened last July inside The Star in Frisco and features 300 luxury rooms, high-end restaurant, and retail. The Omni Hotel is now the official hotel of The Dallas Cowboys and is also the tallest building (for now) in Frisco. 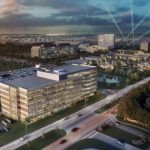 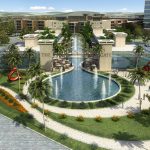 At the last updated provided, The Gate has started development on two apartment complexes (Embrey & JPI) but is seeking development partners to help build out the office, retail and restaurant space.

It’s never boring in Frisco, with lot’s going on with planned development and new infrastructure and parks. Watch our video on The $5 Billion Mile and take a peek at this update on Frisco’s new park plans. If you have any questions about buying or selling a home in Frisco, give us a call at 469-634-0932 any time!

Judi Wright/The Judi Wright Team is a real estate group specializing in the suburbs of Frisco, Plano, and surrounding areas. Named the “Best Realtor in Dallas,” by D Magazine twelve times and a Five Star Realtor with Texas Monthly. Judi is also a Company-Wide Top performer with Ebby Halliday and the #2 Top Group for Ebby Halliday Frisco.