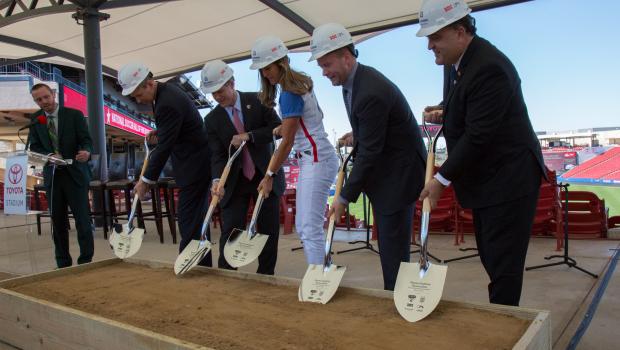 The city of Frisco will be adding an attractive business and sports attraction at Toyota Stadium. Business and civic leaders recently officially “kicked off” the project with a ground breaking ceremony on May 5 at Toyota Stadium for a $39 million renovation that will feature more than 100,000 square feet of space, new locker rooms, premium seats, a private club and the National Soccer Hall of Fame Museum.

The 24,000 square foot National Soccer Hall of Fame Museum and event center will be home to U.S. Soccer trophies, including the Women’s World Cup, Gold Cup and Lamar Hunt U.S. Open Cup trophies. Olympic medals and memorabilia from the historic U.S. win over England in the 1950 World Cup will also be displayed.

Toyota Stadium will also become the permanent site for the annual National Soccer Hall of Fame induction ceremony, making it the first-ever major national sports hall of fame museum to be part of a stadium.

The Hall of Fame level will feature luxury, padded seating and include pre-game dining inside a private club, while the level below will offer views into the player hallway and out to the field. Club members will also be able to watch postgame press conferences live through glass windows shared between the new press center and the private club. 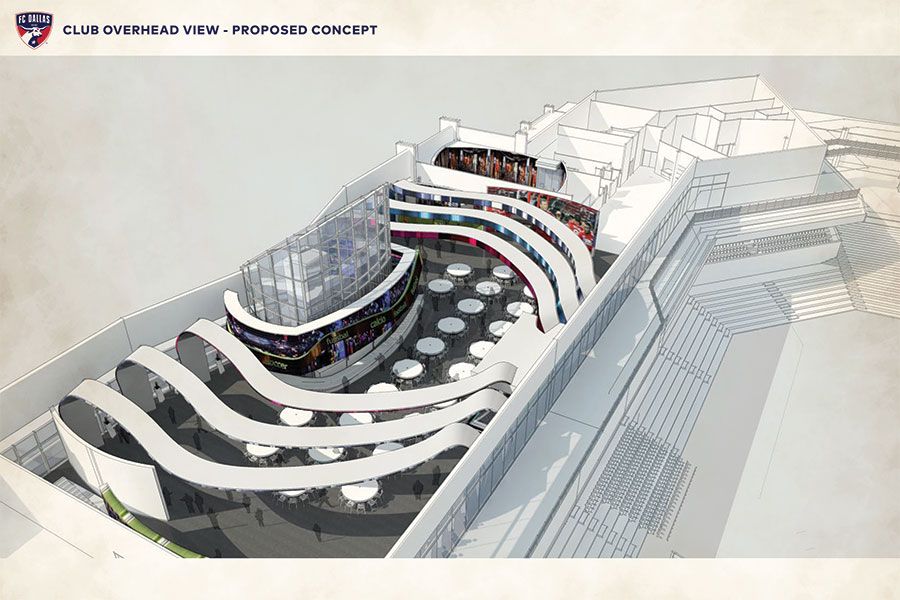 The concourse level will feature a 7,000 square foot outdoor party deck with an outdoor bar, concession stands and a new team store. Upgraded High Definition video boards and a new sound system will improve fan experiences, while a new skyway connecting the West side suites to the premium amenities on the south end will make navigating the stadium much simpler for fans and visitors.

New locker rooms with tunnels on each corner of the south end will be available for FC Dallas players and coaches, as well as teams from Frisco ISD schools and the NCAA FCS Championship participants The locker rooms can be configured into four separate soccer dressing rooms or combined into two 100-person rooms for football.

Detailed plans, as well as concept drawings, of the entire renovation can be viewed at www.FCDallasHoF.com. The renovation, which will be provided by Manhattan Construction with a proposed completion date at the end of 2017, was designed by Toyota Stadium’s original architects, HKS, Inc.

For more information about living in Frisco, please feel free to drop me a note at [email protected] or call me at (214) 597-2985. For information on Frisco, Texas visit www.judiwright.com. Blog by Top Realtor Judi Wright with Ebby Halliday – The Judi Wright Team.