There is so much press lately about Frisco and all the growth happening.  Frisco came up with the nickname of “The $5Billion Mile” (although I think the number has already been surpassed).  The name can be confusing but the sheer enormity of the projects happening is not. The $5 Billion Mile is basically a 1 mile area long the Dallas North Tollway with $5B in new building about to start.  The $5B Mile is made up of four different major investment areas and a few smaller areas thrown in.   They are: 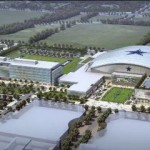 Let’s start with ‘The Star in Frisco’. This is the Dallas Cowboys World Corporate Headquarters and will also be a multi-use event center. This is a 91 acre mixed use area with 66 acres of retail, 5 acres for the headquarters, a 20 acre multi-use event center with a potential development impact of 1,708,000 sq. ft. with two hotels which encompasses 480 rooms (The Omni has already announced they are coming to The Star). This development alone is expected to bring up to 4,500 new jobs to the area. The multi-use indoor stadium will seat 12,000 all with an opening date around the summer of 2016.  The Dallas Cowboys are expected to hold some or all of their preseason workouts in Frisco in 2016.

Frisco Station
The Frisco Station project is a 242 acre mixed use development located west of the Dallas North Toll way. The project will feature offices, multifamily residential, retail, restaurants and medical developments. The office space and corporate campuses will include over 4 million square feet. It will also include 2,400 multifamily residential units, unique destination food, beverage and entertainment venues. Medical and wellness facilities will be present as well as green space. This is more than a destination – the plan is for it to be a healthier, smarter and more creative experience. 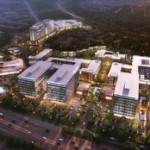 The Gate
The Gate is a mixed-use luxury development to be located on nearly 41 acres at the northwest corner of the Dallas North Toll way and John Hickman. Invest Group Overseas (IGO) is developing the project.   IGO’s corporate leaders introduced the project at Cityscape Global which is one of the largest international real estate development and investment events in the world in Dubai.

“True to its name, The Gate is conceived to be a gateway to the bustling corridor along the Dallas North Toll way in Frisco,” said Dr. Anaz Kozbari, CEO of Invest Group Overseas (IGO). “The development will offer a refreshing take on the live, work, play environment in one of America’s fastest-growing cities. When completed, it is poised to be a hub of opportunity for the businesses and residents who will make The Gate their address of choice.”

“Having a highly respected international developer like Invest Group Overseas select Frisco as the place to enter the Texas market is a testament to Frisco’s thriving business climate and excellent quality of life,” said Mayor Maher Maso, City of Frisco. “While the site plan for The Gate is still conceptual, this dynamic development is on target for Frisco.” 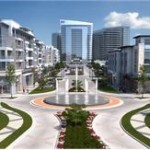 Wade Park is being developed by the Thomas Land Development group and will be 175 acres of mixed use development. This will consist of 600,000 sq. ft. of retails shops, 6,000,000 sq. ft. of office space and 1,300 residential units. Whole Foods, iPic Theatre and Pinstripes will be among the planned anchors of the project. A boutique hotel, Hotel ZaZa, and another luxury hotel will have approximately 500 rooms for business travelers or vacationers.  Dallas already has a Hotel ZaZa and it is known to provide a great night life destination.  Wade Park is also expected to have over a dozen Chef inspired restaurants.

Here are a few other items happening in Frisco:

Frisco Bridges Place is being developed by Heady Investments at the corner of Gaylord and the North Dallas Tollway with 170,000 sq. ft. of office space with 40% preleased.

Frisco Hyatt House under development on Gaylord just off the Tollway will offer 6 stories with 132 rooms.

Texas Scottish Rite Hospital for Children – this new Frisco location near at the corner of Lebanon and the Dallas North Tollway is the first branch of the original hospital in Dallas and is expected to open in 2016.

Performance Indoor Training – opening near downtown Frisco is a high tech indoor soccer facility with 55,000 sq. ft. and 5 indoor soccer fields and 1 outdoor field and is expected to open in 2015.

Stonebrook Business Park – located at the corner of Stonebrook and the Tollway this mixed use development (office space, retail and hotel) is still in the design phase with 27,000 sq. ft. or retail/restaurant space and a 130 room hotel planned.

The Tower at Frisco Square –  Just off of the Dallas North Tollway at Main Street is this 4 story building under development and opening in 2015 which features 166,000 sq. ft of office space and will house Gearbox Software HQ.

Frisco Square Office Building – This 4 story office building is in the preliminary planning stages and is expected to encompass 30,000 sq. ft. of office space and up to 10,000 sq. ft. of restaurant space when completed.

Frisco North – this 330 acre planned mixed use development is located at the intersection of 380 and the Dallas North Tollway it will encompass retail, restaurant, office space and housing and Cinemark has already been announced as an anchor for the development.

Even though Frisco is known as a sought-after business destination, there are exemplary schools and pristine parks with retail, entertainment and sporting venues already in place and the City of Frisco has Grand Park in the planning stages.  Grand Park is a 350 acre park development that will include 140 acres of commercial development.  This will be the City of Frisco’s largest park, Frisco’s version of New York’s Central Park.  It is currently awaiting Corp of Engineer approval for the next steps.

Thinking of moving to Frisco? Or possibly thinking of selling your current home? Contact Ebby Halliday Realtors’ Judi Wright, at 214.597.2985 or at [email protected].  Judi knows all about Frisco and she was voted “Best Realtor in Dallas” by D Magazine 2006 and 2008-2014, as well as named one of the “Best Real Estate Agents in America” by Real Trends.